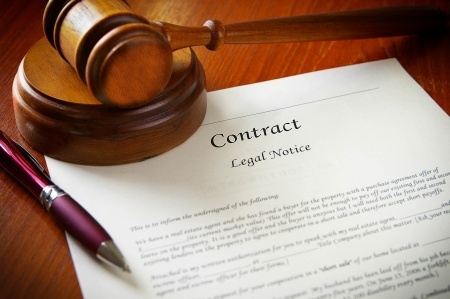 All commercial contracts (and, especially those between two parties that are located at different locations) invariably have a clause relating to jurisdiction of courts to hear any dispute arising out of such contract. Typically, the clause would be like – “Any dispute arising out of this contract will be subject to ABC jurisdiction only” or something phrased similar.

What is the validity of such a clause? A similar question came up for consideration before the Supreme Court in the case of A.V.M. Sales Corporation Vs. Anuradha Chemicals Private Limited [(2012) 2 SCC 315]. Here we take a closer look at some of the observations of the Court, and law as it appears to have been laid down, in the above case.

The question the came up for consideration before the Court in the above case was,

While reiterating that parties to an agreement,

the Court observed that Section 28 of the Act, read with Section 23 of the Act, made it clear that, “if any mutual agreement is intended to restrict or extinguish the right of a party from enforcing his/her right under or in respect of a contract, by the usual legal proceedings in the ordinary tribunals, such an agreement would to that extent be void.”

However, as the issue under consideration was slightly a different one, the Court relied upon on the earlier judgments passed in the following cases, to answer the question:

In A.B.C. Laminart (P) Ltd.’s case, it was observed by the Court that:

“where there may be two or more competent courts which can entertain a suit consequent upon a part of the cause of action having arisen therewithin, if the parties to the contract agreed to vest jurisdiction in one such court to try the dispute which might arise as between themselves the agreement would be valid. If such a contract is clear, unambiguous and explicit and not vague it is not hit by Sections 23 and 28 of the Contract Act. This cannot be understood as parties contracting against the statute.”

A similar view was also taken in the Angile Insulations’s case, wherein it was held that where two courts have the jurisdiction consequent upon the cause of action or a part thereof arising therein, if the parties agree in clear and unambiguous terms to exclude the jurisdiction of the other, the said decision could not offend the provisions of Section 23 of the Contract Act.

Thus, from the above, it can be understood that:

then such an agreement would be valid.