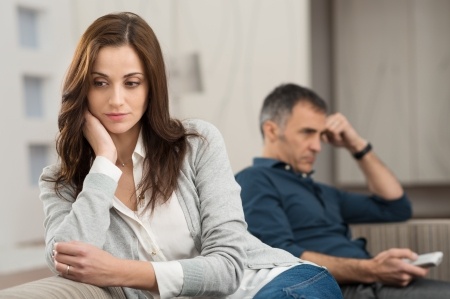 The Special Marriage Act – An Introduction

The Special Marriage Act, 1954 (the Act), was enacted to provide a special form of marriage, to persons in India, and Indian nationals abroad, irrespective of the faith which either party to the marriage may profess. In addition to the provisions for solemnization of special marriages, the Act also provides for registration of marriages celebrated in other forms.

1. A petition for divorce must be presented to the District Court by both parties together.

2. The petition must be on the grounds,

3. The petition may be presented only after one year from the date of entering the certificate of marriage in the Marriage Certificate Book. However, relaxation may be provided in cases where exceptional hardship is suffered by the petitioner or in cases of exceptional depravity on the part of the respondent.

4. The petition seeking divorce by mutual consent could be presented to a District Court, within whose jurisdiction, either,

5. Between 6 months after, and within 18 months of, the date of presentation of the petition seeking divorce by mutual consent, both parties must make a motion together seeking grant of a decree of divorce.

6. Before passing a decree of divorce, the District Court considers the following, among other aspects:

Thus, the provisions and the procedure for obtaining divorce by mutual consent under the Special Marriage Act are fairly simple and straight forward.

Parties desirous of obtaining a divorce by mutual consent, must however keep in mind that the Act also contains provisions dealing with grant of alimony and maintenance, both permanent and during the pendency of the proceedings. In the cases of divorce by mutual consent, the parties may agree upon the terms relating to payment of alimony or maintenance and the same may be incorporated in the pleadings before the Court. However care has to be taken that suitable provisions are incorporated in the pleadings to avoid future misunderstandings or litigation. It is therefore advisable that, while discussing the various issues connected with seeking a divorce by mutual consent with their advocates, the parties must specifically discuss their arrangement and agreement on alimony and maintenance, and take suitable steps to ensure that their interest is safeguarded.